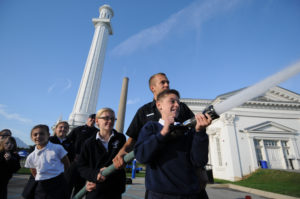 Held at Louisville Water Tower Park from October 17 through 19, the festival welcomed fourth- through seventh-grade students from 24 Louisville public and private schools. The students participated in hands-on water experiments as they rotated through several educational stations provided by Louisville Water’s community partners.

The festival also featured the Louisville Water Men’s Tapping Team — which demonstrated how they compete with other teams around the country to tap a pipe as quickly as possible — and a 2,000-gallon tank filled with Ohio River fish. 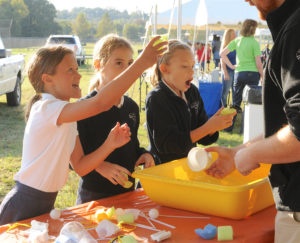 “The educational opportunities that the Louisville Water Company provides are the perfect complement to the curriculum in the STEM LAB that I teach in at Tully Elementary,” says Jefferson County Public Schools educator Laura Keeling. “The Fall semester wouldn’t be the same without a visit to the annual Adventures in Water Festival, where my students have participated in a multitude of hands-on activities that are engaging, standards-based, and make connections in science, social studies, technology, engineering, art, math, and literacy.”

When Louisville Water held its first festival in 2007, similar events were popular in the western part of the U.S., but they usually were held on college campuses, notes Kelley Dearing Smith, Louisville Water’s Vice President of Marketing and Communications. 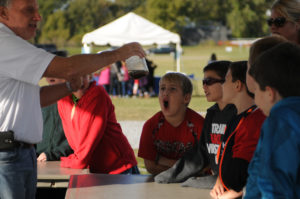 Louisville Water’s festival began as “an extension of our education work in the schools,” says Dearing Smith. “When we started, we wanted the festival to be a small-scale experience on a big piece of property. Small groups traveled to four or five water stations. Our message to the community partners was that their experiment or demonstration had to relate to water, and the experience had to be hands-on, interactive, meaningful, and relevant to the students.”

Channa Newman, Louisville Water’s Education and Outreach Manager has guided the festival’s growth. Over the 10 years, it has remained free to schools, which choose to attend either a morning or afternoon session during the three-day event. 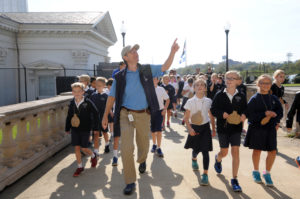 Every school group gets a Louisville Water experience, which can include a tour of Louisville Water Tower Park (with a peek inside the tower) and a behind-the-scenes look at how drinking water reaches the students’ faucets.

Newman says she also has seen students create several hundred watercolor paintings of the Louisville Water Tower, and, as both students and teachers have learned new things about water, she’s heard many of them say things like “I had no idea!” and “water is cool!” 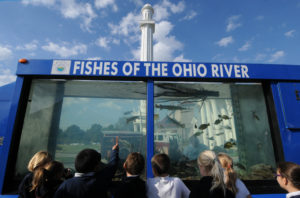